One HABIT That Will Change Your World - Bob Proctor 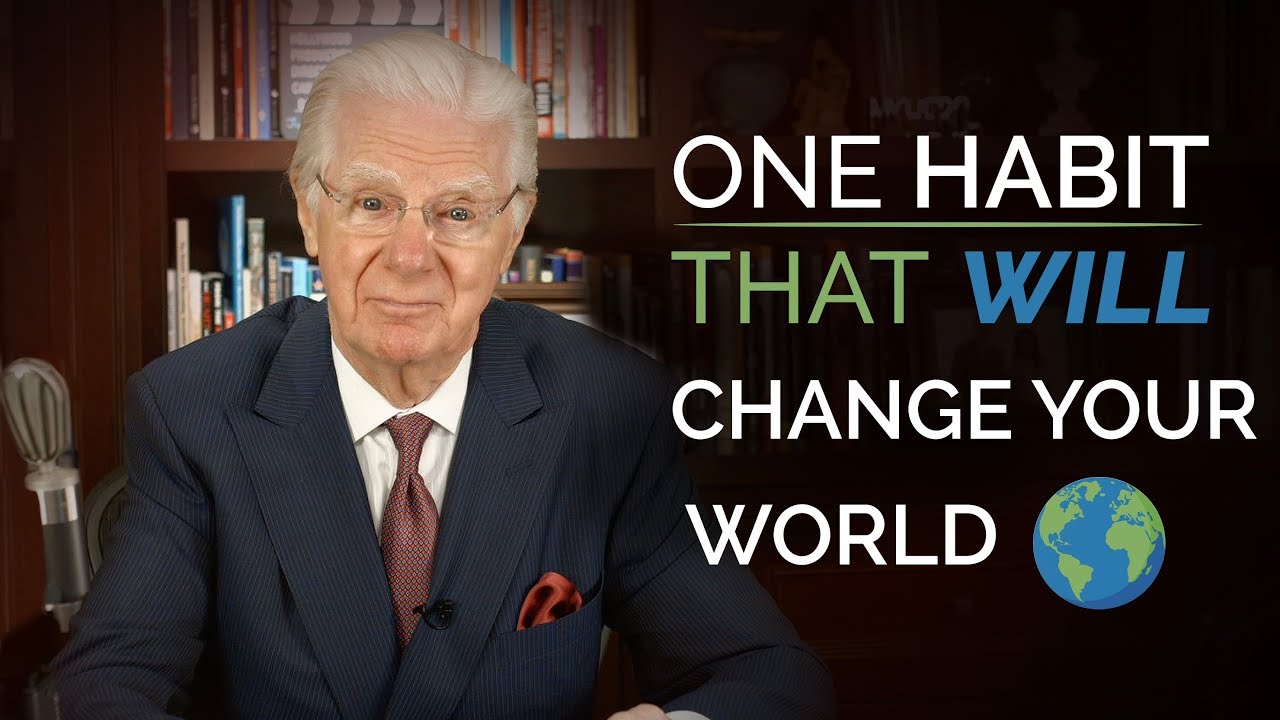 Bob Proctor explains ONE idea that if you turn to habit, will change your world forever. Napoleon Hill wrote an entire chapter on this one idea in his book, 'Think And Grow Rich.' It is such a powerful concept! Ray Stanford, my first mentor, told me something critical during one of the first conversations we ever had. He said, “You need only one quality to succeed. You must have discipline.” I didn’t want to have discipline. I thought discipline meant punishment. But the truth is discipline is the ability to give yourself a command and then follow it. Well, it didn’t take long for me to figure out that Ray was right. You will never develop anything of any consequence if you are not disciplined. However, if you are disciplined, you can have anything you seriously want. This is so basic, it’s so simple, yet it’s so misunderstood. People who make it in life, whether that’s becoming really rich, running a successful business or living life on their own terms, have all developed the skill of self-discipline. However, a common misconception about successful people is that they like doing all the things they do. That is utterly false. Successful people dislike the same things you do, but they do them anyway. They get up early. They make sure they’re in front of a prospect every morning at 9:00 a.m. They practice or study while others are watching TV. Why do they do things they dislike? Because they know that’s the price they have to pay for success. And so they discipline themselves to do the things they know they should do whether they like it or not. I am a very disciplined person. I don’t care if anybody else is working. I don’t care what anyone else is doing. I know what I’ve got to do, and I get it done. Of course, I wasn’t always like this. I don’t think anyone is born a naturally disciplined person. So don’t worry if you currently lack discipline. It’s something you can develop with practice, and the more you practice, the better you’ll become at it. Here are three things you can do to get started: 1. Realize that if you want something different in life, you’re going to have to do things differently. Then, command yourself to do what you know has to be done. 2. Begin scheduling your day—from the time you get up until the time you go to bed. If you have a schedule, you’re more apt to do more of the things you really need to do to get where you want to go. 3. Hold the image of being successful at what you want to do. Envision a complete shift. And proceed to let that vision unfold every day. It won’t be easy at first; however, you’ll get stronger and stronger. And then you’ll be able to do what you want, instead of just what you think you can do. Learn about our habit building program here: https://bit.ly/2JBlPlA 1️⃣ Leave a comment below with your biggest takeaway from this video? 2️⃣ Share this video with someone else who needs to hear this message today ? 3️⃣ Be the first to know when we release new videos ? http://goo.gl/VL0Smo ➡️ Join Bob Proctor for a FREE Online Event ? https://bit.ly/2L51BTb ? **For more visit our website: http://goo.gl/kYTfZp ** Subscribe for more: http://goo.gl/VL0Smo Check out our most popular video series! 1. Search for Meaning Series: https://goo.gl/ThkyCc 2. The Higher Side of You: https://goo.gl/kicjyI 3. Value from the Vault: https://goo.gl/7lCs0O Social Media & Website: https://www.facebook.com/OfficialBobProctor https://twitter.com/bobproctorlive https://www.pinterest.com/realbobproctor/ https://instagram.com/proctorgallagher Website: http://goo.gl/kYTfZp