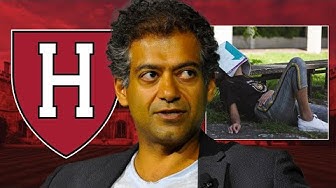 Aside from being an Angel Investor and advisor to over 100 companies, Naval Ravikant is also a deep thinker. So much so, in fact, that he's been nicknamed "The Angel Philosopher." Included in those topics that he thinks deeply about is education. In this video, he explains the roots of the current education system and explains some major flaws with how schooling is done today. ---- ABOUT THE KNOWLEDGE PROJECT Like the mentor you’ve always dreamed of having, The Knowledge Project shares timely yet timeless lessons for work and life. Past guests include Naval Ravikant, Daniel Kahneman, Jim Collins, Angela Duckworth, Seth Godin, Melanie Mitchell, & Esther Perel. SUBSCRIBE for full episodes and clips highlighting actionable lessons and profound wisdom from guests ranging from Nobel Prize winners to CEOs of the largest companies in the world and everything in between. Get early access and episode transcripts: https://fs.blog/membership/ Subscribe to the podcast: Apple Podcasts: https://apple.co/3fz6u4X​ | Spotify: https://spoti.fi/2SSgCvT​ | Google Podcasts: https://bit.ly/2Wjw7iy ---- FOLLOW Instagram: https://www.instagram.com/farnamstreet/​ Twitter: https://twitter.com/farnamstreet​ Shane Parrish: https://twitter.com/ShaneAParrish Newsletter: https://fs.blog/newsletter/ Facebook: https://www.facebook.com/FarnamStreet/