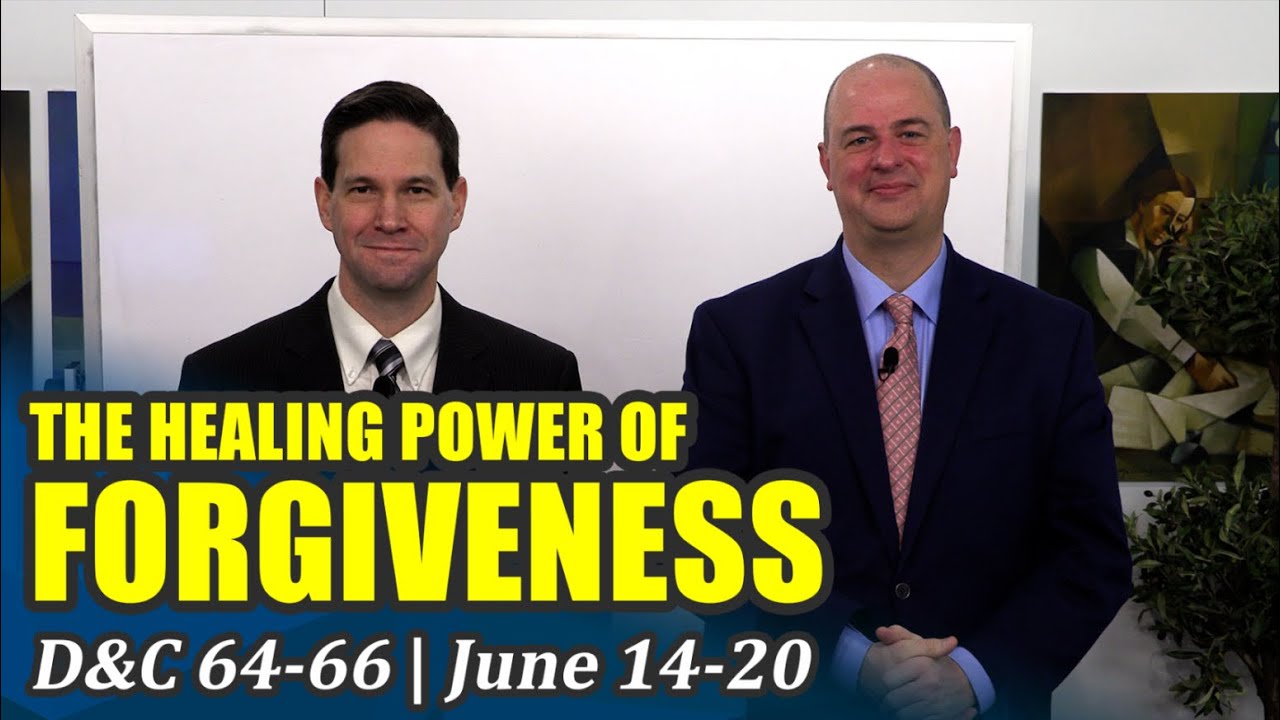 This week's episode dives into the healing power of forgiveness and love. Join with Taylor and Tyler as they unpack these powerful sections of scripture. __________________________________________________ Download our free scripture study tool: https://www.scriptureplus.org/ Sign up for our weekly emails to receive notifications and more Come, Follow Me resources: https://forms.aweber.com/form/87/2078810487.htm __________________________________________________ 0:00 Joseph Smith has returned to Kirtland. It was a time of discouragement when nothing is getting done well 1:45 D&C 64: 1-5 When there is a lot to be concerned with, we can turn to God to receive direction and focus. In these verses we see the compassion, forgiveness, and mercy of God. 5:12 God is pleased with Joseph even though he makes errors. There are some who left the church because of Joseph’s weakness. God forgives us of our errors. We need to forgive each other. 12:47 Verses 6-8 Some criticized Joseph without cause. This continues today. We deny the power of the Atonement when we hold others hostage for past mistakes. Disciples of old were sorely chastened for not forgiving one another. 17:11 Verses 9-10 We are required to forgive all men but it may take time to work through the process. We become more like Christ as we move toward the goal of forgiving others. 22:02 Sins of terrible abuse hurt deeply. The victim needs the healing, reassuring love of the Savior. The power of Jesus Christ’s infinite atonement is available to victims of abuse. 23:01 Forgive and forget is not scriptural or doctrinal. Forgiveness is an act of faith. We may have many moments to act in faith as memories of the pain come back to the surface. 26:20 Word study: forgive means completely give away. Trespass means to step over a border. What pain are you willing to completely give away? It is also an act of faith to forgive ourselves. 31:04 Verses 23-24 “Now it is called today”. “Today” is now until the 2nd Coming. We demonstrate our covenant that “He will be our God and we will be His people” through sacrifice and obedience. 37:21 Verses 33-34 “Be not weary in well doing” Whether we are asked to forgive, pay tithing, or make other sacrifices, all invitations are opportunities to become more consecrated to God. 38:20 Tyler shares a missionary story about a gift of bread. 46:05 D&C 65. Joseph is working on the translation of the Bible and comes to The Lord’s Prayer in Matthew 6. Section 65 is designated as a prayer with several Biblical cross references (CR). Verse 1 – CR with Isaiah 40: 1-3 (a voice of comfort and preparing for the way of the Lord); Verse 2 – CR with Daniel 2 (the stone cut out of the mountain without hands); Verse 3 – CR with Matthew 25 (make ready for the Bridegroom); Verse 7 – CR with Matthew 6:13 (The Lord’s Prayer). 52:55 D&C 66. Revelation to William McClellin. Joseph’s ability to provide revelation for William’s private questions left a deep impression on his soul. 54:55 What were William McClellin’s questions? The following likely questions have been proposed (1) How does this Church fit into the purposes of God in the world? And how does it relate to other religions? See verse 2. (2) What is my spiritual standing? See verse 3. (3) What is my role in the church? See verses 5-8; (4) Will I be able to have the Savior’s healing power in my life? See verse 9. (5) How can I escape the temptations of adultery and other sins that have burdened me? See verses 9,10,12. 59:29 Conclusion: Invitation to “be not weary in well doing for ye are laying the foundation of a great work. And out of small things proceedeth that which is great”. Try a little harder to be more like Jesus today. Timestamps courtesy of Tammy Hulse __________________________________________________ This channel may make use of copyrighted material, the use of which has not always been specifically authorized by the copyright owner. This constitutes a 'FAIR USE' of any such copyrighted material as provided for in section 107 of the US Copyright Law. #BookofMormonCentral #ComeFollowMeInsights #SpreadLightAndGoodness