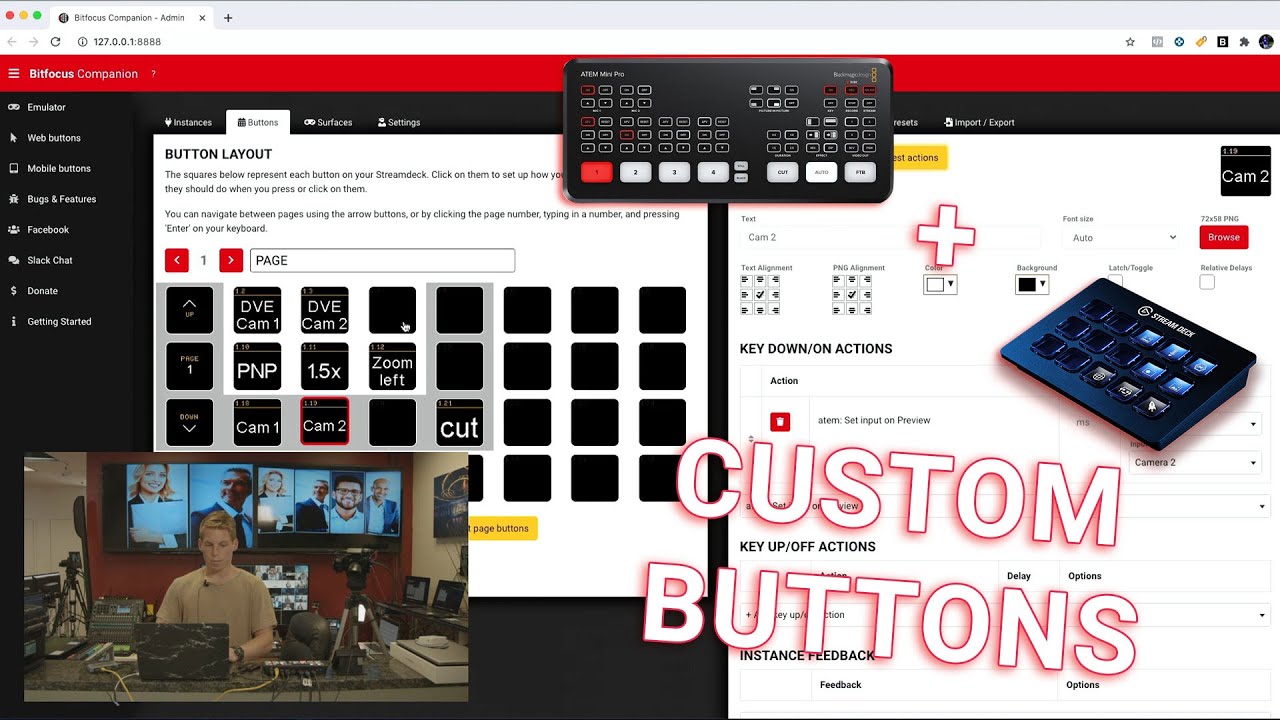 Tutorial on how to use program custom buttons on a stream deck to control ATEM software. Using the Companion App to program Stream Deck buttons. Also a tutorial on how to program macros in the ATEM Control Software. Setting up Stream Deck with ATEM Software: https://www.youtube.com/watch?v=eqnFDNUwUbs Follow us on instagram: https://www.instagram.com/a2z_productions/