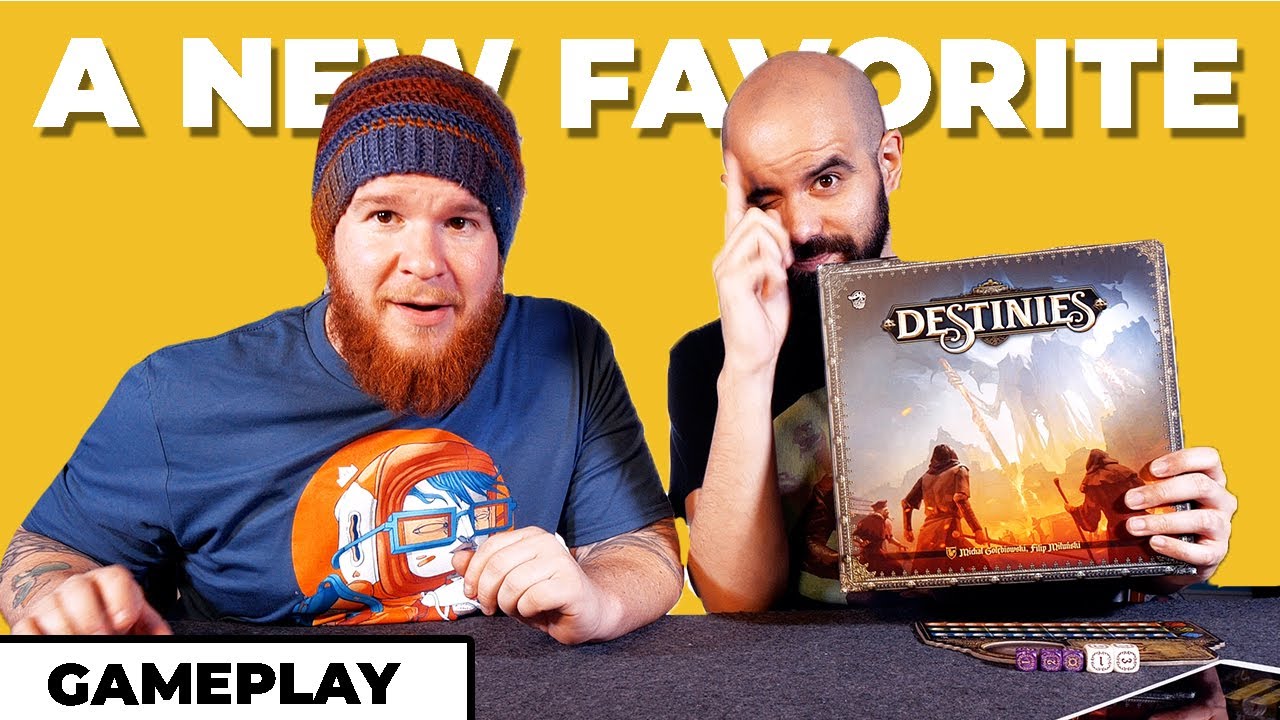 - Join the Patreon for exclusive content - https://www.patreon.com/Quackalope - Listen to the Podcast - https://pod.link/1517142717 - Join our Discord to play games - https://discord.gg/QM3Q3rb For media inquiries - Quackalope@gmail.com This video is a sponsored video This game was provided by the Publisher Destinies is a competitive, story-driven, game of adventure and exploration, mixing an app and a board game. The first in a series of games using a brand-new system called Destinies. This game is set in a dark medieval-fantasy universe. The Destinies system offers a fully story-driven, app-supported, RPG-like board game experience, without the need for a game master. Each scenario depicts a part of a vivid world, full of dark stories, epic NPCs and mysteries to solve. Each player takes the role of a hero on a quest to fulfill their destiny. Each destiny is a final goal of the character and has at least two, completely different paths to victory, composed of branching series of quests. Players compete with each other to push the world towards their own destiny. The game uses an app and the Scan&Play technology to offer players a unique story-driven experience full of dynamic events, epic adventures, and an ever-changing game world. Each turn players discover new parts of the world presented on tiles, explore them and pick one point of interest to visit. There they learn more about the story and make crucial choices of how they want to interact with people, creatures or situations faced there. The consequences of each choice are meaningful and often change the state of the world forever. —description from the designer #Destinies #Gameplay #Boardgames